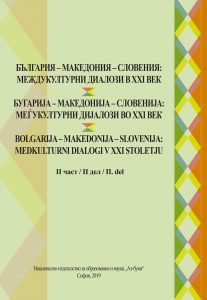 The second part of the collective monograph "Bulgaria - Macedonia - Slovenia: intercultural dialogues in the 21st century" became necessary due to the great interest in the scientific forum held in Ljubljana from 23 to 25 May 2019, which included an independent and previously unforeseen section of students - bachelors and masters, PhD students and young lecturers. After listening to their papers, which contained serious scholarly insights into important issues in the literatures and cultures of the three countries, both on their own and in a comparative/comparative aspect, it was decided at the final session of the Forum to print them in an additional volume to the already published volume with the texts of the main participants.