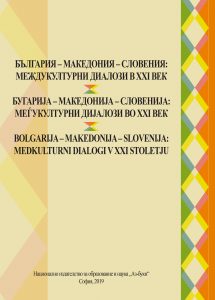 The peer-reviewed collective scientific monograph presents the reports from the first of its type scientific conference, which aimed not so much to highlight specific problems and themes from the cultural landscape of the three South Slavic countries - Bulgaria, Macedonia and Slovenia, but to look for promising concepts for our closer spiritual rapprochement: which themes, realities and stereotypes are interesting and attractive to us in the other, which are the natural paths of interpenetration between close cultures that originated and developed on the same land and were artificially separated by foreign ideological interventions not only in the apocalyptic twentieth century, but also several centuries before that.